Let’s have look for the Kyrie Irving Extension. We bring you one of the most exciting players of the NBA. Irving fans know what we are talking about! Now they have chance to customize their personal browser with high quality and hand-picked wallpapers. As developers of this Kyrie Irving extension we give a high regard for its design and qualities. Your time on the internet while browsing should be more eccentric and exciting. For that, this extension will accompany you as long as you install it from the Chrome Web Store. If is free and you can uninstall it any time you want. Alongside our features and interface of our extension we have a blog post about Kyrie Irving. You might want to check out!

Surely NBA fans know him as a great ball handler but Irving is more than that. He is a son of former basketball player so even in his early years he was intimate with the basketball. More that he promised in young age that he will play in the NBA. In 2012 draft, he selected by Cleveland Cavaliers and played in point guard position until 2017. As a rookie he was quite successful and averaged quite numbers in his stats. Which awarded him as Rookie of the Year. The league know that they have a new star and quite exciting player to watch. 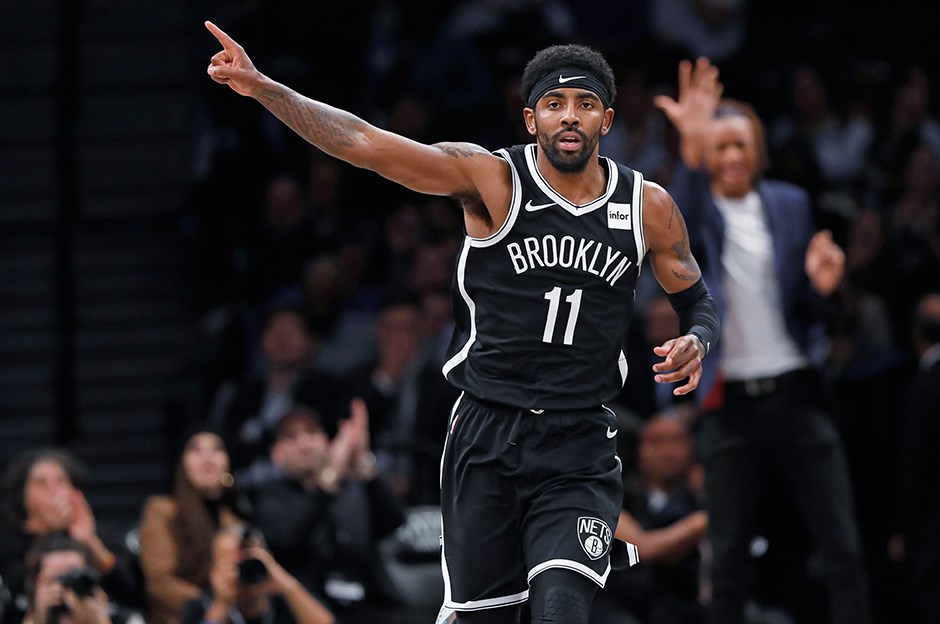 So, let’s get back to the ball handling. Kyrie one of the exceptional players who can create his own shot. That is where the ball handling becomes crucial. You need to create a space or surprise the opponent so that you can take a shot. This is the expertise of Kyrie Irving and a quite amazing to watch handling the ball. He is so creative about that and always in the conversation of ‘’who is the best ball handler of all times?’’. Irving also has a remarkable body control while finishes on the rim. Even if a taller player pushes him while attacking to inside, one way or another, Kyrie finds a way to score. You will be amazed how he can score even though with making an odd shot. He is very creative and can find his way to the basket in every situation.

Throughout his career Irving also become a champion in 2016 season with Cleveland Cavaliers. Add to that he hit a final three the secure championship, which is quite a fashionable way to become a champion, don’t you think?

Kyrie Irving Extension has exciting features that will save your time and will make comfortable while browsing on the internet. For that you will have a direct access to Google search bar, popular and frequently used web sites, popular games and finally social media. We believe that, while you using our Kyrie Irving Extension you will not complain about a single thing. We are very confident and open about that so you can reach us through messaging, if you had any issues.